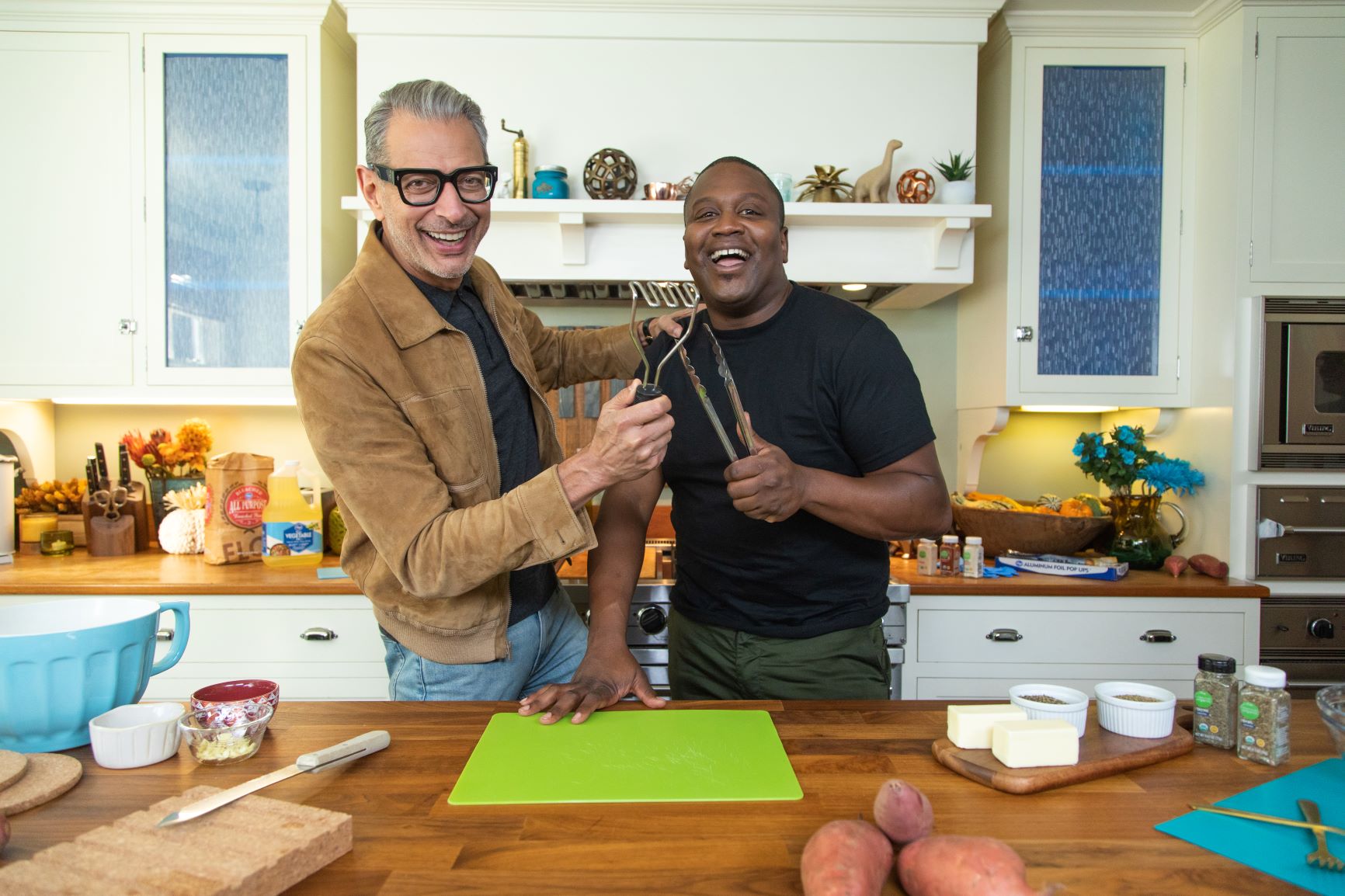 You know the old saying – good things come in fours. And that ‘s why we ‘re back with another installment of America ‘s only cooking show, Cooking with Jeff.

The kitchen commando himself, Jeff Goldblum, returns with another great recipe and another celebrity guest —

And this time he ‘s not keeping it a secret! How could you, though, when you have the 1,000,000 watt energy of Tituss Burgess on your show?

But much like a good recipe, we need to follow this journey step-by-step, so let ‘s start with

1)’It ‘s a beautiful day in the neighborhood

Fall is beautiful (the leaves!) and then a week later it ‘s trash (the leaves!). Jefferson is outside finishing up the yard, making like a Norman Rockwell painting —

As he fills us in on who he is and what he is up to.

And then just as casually, Jeff drops a BOMBSHELL on all the Cookheads who have followed the series lore to this point.

Ok, we thought our world turned upside down when we found out Oscar the Grouch ‘s can was bigger on the inside but this is just ‘

Let ‘s compose ourselves because that ‘s not the only new development on this episode.

Jeff arrives at Kroger ‘s and meets up with our old pal Tony from produce! Tony ‘s nametag now includes “I love walking ‘ on the tag so Jeff fantasizes about what would be on his own nametag.

Tony, channeling all the smoldering heat of Dr. Ian Malcolm, says Jeff would love “kissing. ‘ In fact, he ‘s pretty sure of it!

We ‘re here for yams, though, so enough yammering. Tony teaches us how to pick the perfect organic yam – small to medium, with smooth skin, for the most sweetness and creaminess. Just like Tony!

3)’It was the meat of the moment

Jeff heads to the meat section to re-visit Cameron but this is ALL. BUSINESS. A quick bro hug and we ‘re whisked away to the meats.

That woman almost got away with hiding that salami.

Good thing Jeff was there. But now he ‘s not there anymore because we ‘re off to ‘

4)’Counting flowers on the wall

The Flower section! Jeff has yet to focus on the presentation of the table in any episode, so we are here for some flora for the first time.

Jeff and Casey use the Kroger app to not only order flowers for the centerpiece but also flowers for Jeff ‘s “lovely wife. ‘

Kroger ‘s in-store flower brand is Bloom Haus, which gets Jeff to wondering what Goldblum actually means. Casey has a suggestion.

Casey has another suggestion too – fall orchids. Jeff is enamored by the hue of the flowers which remind him of Hugh Laurie, which reminds him of the British word “lorry. ‘ He gives Casey a Jeff Test on what the word means. Is it:

Casey correctly guesses C. Or correctly states “C ‘ – it ‘s rude of us to assume she didn ‘t already know that.

Jeff watches as Casey wraps the flowers and Jeff accepts them as if he ‘s just finished a performance of “Death of a Salesman. ‘

We leave the Kroger ‘s to the sweet strains of piano music — but this isn ‘t your typical “Cooking With Jeff Background Mix No. 6 ‘ track. This is happening as we smash cut to–

An intimate performance by Jeff on piano and a solo from our special guest Tituss Burgess.

After we wipe our eyes from the glory of their performance, it ‘s time to head to Jeff ‘s kitchen–

We have been going back and forth on this since episode one and now here we are, an accomplice in a breaking & entering & cooking plot? Call our lawyer!

Jeff gets to let his aggression out on the sweet potatoes.

Between buttering and cooking and mashing the sweet potatoes, the two bond over their love of musicals and musical theater. And by bond we mean Jeff keeps asking Tituss about songs and musicals Tituss doesn ‘t know. It ‘s like hanging out with your uncle who keeps asking “What ‘s a VSCO girl? ‘

Jeff, a master in the kitchen, admires our sweet birds as they ‘re prepped for sacrifice. Though he mistakes the thighs for breasts and the…drumsticks for breasts.

Tituss drops the birds in the oil with precision and brings out some incredible edibles that we want to reach through the screen and eat.

As they prep the salad – or rather, as Tituss prepares the salad and Jeff continues to hang out – Jeff runs through a notebook full of showtune standards, trying to find something that is either in public domain or one they both know. We don ‘t quite get there, but we do get to the dinner table in style.

It ‘s time to sit down and be thankful. Thankful that fried chicken is amazing.

Jeff asks Tituss what he ‘s most grateful for, which is mercy and grace. A beautiful sentiment from a beautiful man.

Finally, Jeff and Tituss sit down with their meal. To honor the chicken and all chickens that came before it, they take their first bite together, like Butch Cassidy and The Sundance Kid leaping off the cliff at the end of their movie.

Not quite the same ending as that movie, but a much happier one for everyone involved.

And that is a wrap on another episode of Cooking with Jeff! Revelations, twists, turns, fried chicken – this one had it all.

PS – need a recipe for this holiday season? Make what Jeff and Tituss made! Click here to learn how to make killer Buttermilk Fried Chicken and Sweet Potato Mash. 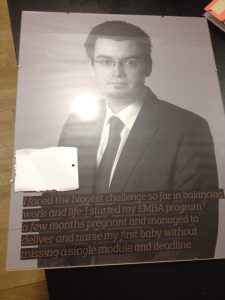 Hard Working Man in Suit Proves Anything is Possible 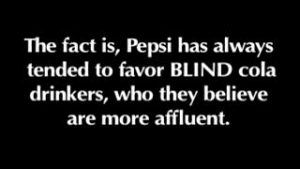 Coca-Cola sinks to a new low with this manipulative commercial. It’s only offensive if you don’t have a handicap. Check out more stuff at http://www.BoopHumor.com. 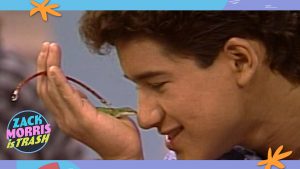 Remember the ‘Saved by the Bell ‘ when Zack Morris covered up a death? Zack Morris is trash. 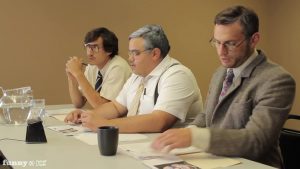 Kim Jong Il matches wits with the screening committee at an American adoption agency as he seeks a worthy heir to take control after his death. 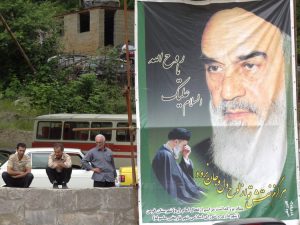 Dear Iran, I am just a private citizen, but if you don’t keep ‘The X-Files’ on Netflix I will order the Air Force to strafe Tehran. 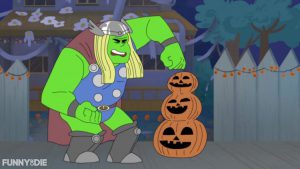