Moira Rose is many things. She is a councilwoman, a trained chanteuse, a mother, and above all else, a thespian. She is undoubtedly most well-known as the star of the hit soap opera Sunrise Bay, but true fans of Moira ‘s know that her comeback is inevitable. First she became the face of Herb Ertlinger Fruit Wine, and shortly after was brought onboard the long-awaited third installment of horror franchise The Crows Have Eyes.

But when will we finally get to see the finished film??? When will we get to experience The Crows Have Eyes 3: The Crowening?!?!

Well, after a few speed bumps and nearly being shelved for good, The Crows Have Eyes 3 was picked up by Interflix ‘ and they dropped the trailer for it TODAY.

It ‘s been called “a stunning reinvigoration of The Crows Have Eyes franchise, ‘ by Moira Rose and no actual critics yet, but I don ‘t think anything else even needs to be said.

The crows have eyes… and you better not look them in it.

What Is The Best Sport?: Fourth Round Analysis

A hostage and a hostage-taker get dangerously close to one another. 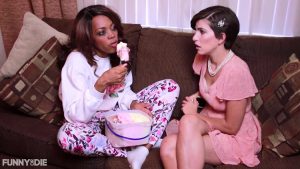 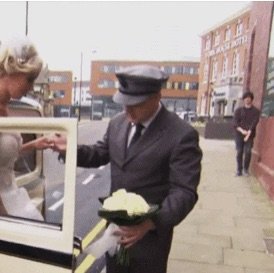 Who are the true stars of these GIFs? YOU DECIDE! Or they will decide, no worries.