THE MAYOR ‘S SON HAS BEEN A KIDNAPPED ON CHRISTMAS!!

Luckily, even during the holidays, Johnno and Michael are ready for ACTION. But before they can pursue justice, the boys gotta do a action-movie inspired slow-motion montage of cool poses and running in slow motion:

After their super-sexy montage is done, Johnno and Michael quickly track down and confront the kidnapper.

Thankfully, the mayor ‘s son is safe… but why wouldn ‘t he be? He ‘s not a kid, he ‘s a 36-year-old man who is significantly bigger than the extremely short kidnapper. Is this even a kidnapping!? THERE ‘S NO “KID ‘ INVOLVED.

During the standoff with the “kid ‘napper, Franz Gruben, Johnno and Michael discover that Franz hates Christmas. In an attempt to deescalate the situation, the duo beg Franz to tell them why he hates the typically beloved holiday.

Though tensions are high, Franz opens up to them: when we was a boy, he was given coal for Christmas, EVEN THOUGH HIS SIBLINGS WERE JUST AS BADLY BEHAVED.

Oof. This totally explains why Franz HATES this holiday (but doesn ‘t really explain why he kidnapped the mayor ‘s son…). Can Johnno and Michael use Franz ‘s emotional vulnerability to save the day? You ‘ll just have the watch the episode to find out! 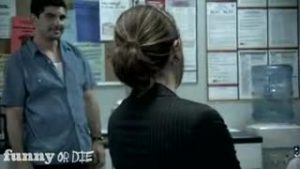 This is the most hilariously racial short film I have ever seen. It has the guy from Comedy Central’s CON in it!

The Long Haired Businessmen have no patience for fast food. 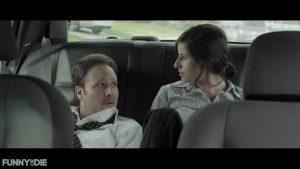 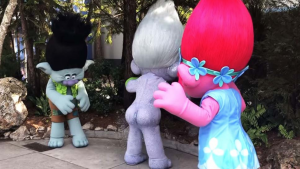 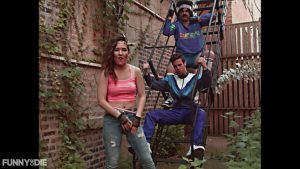 The Cheeky Freaks, London’s notorious street dance gang, shows you the hottest moves with this instructional video from 1982. Written by Bex Marsh and Eddie Mujica. Directed/Edited by Sebastian Lama. 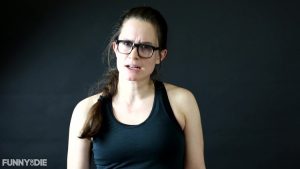 Bill O’Reilly called Vox.com writer Amanda Taub a “terrorist sympathizer.” I guess Bill didn’t realize that Amanda’s sister Melinda writes for Funny Or Die and beats people up who are mean to her sister.