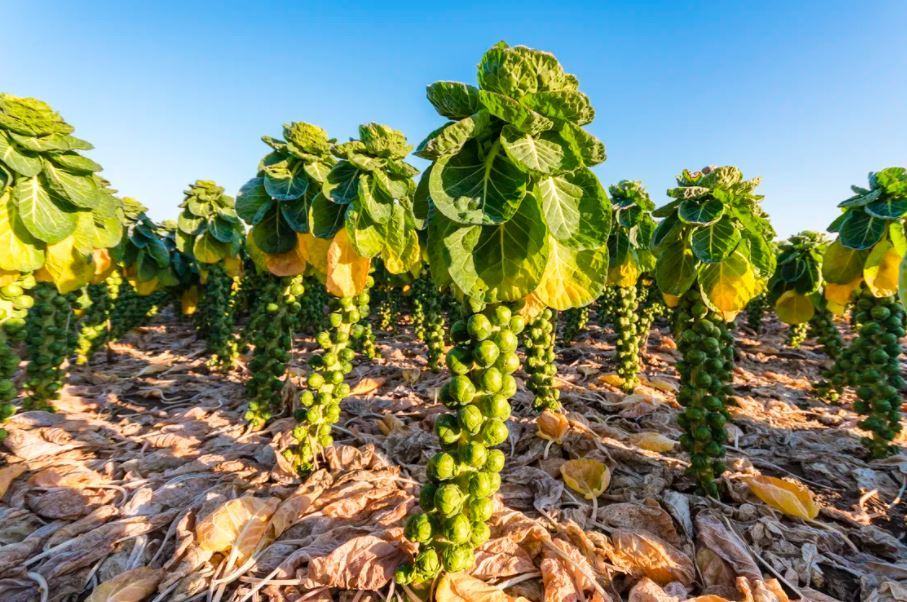 The thing about living in lockdown for a year(ish) is somehow having both too much and not enough time. For example, running errands like going to the grocery store or the bank take a whole lot longer than they used to. On the flip side, working from home (and generally just not going anywhere ever) means my 30-minute commute from my apartment to my office has turned into a 3-minute commute from my bed to my table.

(This also means that the 20 minutes I used to spend getting ready each morning has turned into 20 minutes of nothing because who the hell is still putting on actual pants and shirts with, like, buttons, am I right? Am I right? Guys?)

So, what is one to do with an extra 30-50 minutes at the beginning and end of each day? Well I suppose one could get a jump on the dishes, do some laundry. Maybe, say, use this time to start reading more books. Perhaps even pick up a new hobby. I, however, have chosen to fill this time with none of these things and instead use it to answer the dumb questions that rattle around my pea brain while I ‘m in the shower or waiting for coffee to finish brewing.

As a result I can confirm that having too much extra time is a curse, because after almost one year of using it to Google these questions and travel down the subsequent rabbit holes that open, I now know how hundreds of fruits, vegetables, spices, nuts, and the like grow.

I ‘ve learned that some of our most cherished, beloved, even staple produce grow in truly horrific ‘dare I say offensive ‘ways. Listen, I don ‘t enjoy writing about these awful plants, but I ‘m gonna do it anyway, because if anything can bring us together during this dark period of seclusion and distancing, it ‘s being absolutely livid about what a complete nightmare Brussels sprouts are.

Alright, first of all, the fact that they ‘re called “Brussels sprouts ‘ is more than enough reason to be pissed off. (If you ‘re just learning that it ‘s not “Brussel sprouts ‘ or even “Brussels ‘ sprouts ‘ right now know that I am sorry and I do feel your pain.) Look, I know that the city is called Brussels, but that ‘s no excuse for that many S ‘s. As if that wasn ‘t bad enough, look at how the fuck these Belgian assholes grow.

Are you kidding me? Are you kidding me? Brussels sprouts are a type of cabbage. Have you ever seen a cabbage grow like this? With a stalk and leaves at the top? Like we ‘re cosplaying a goddamn tree? No, because other cabbages have a thing called decency.

You love them, I love them, whether or not they belong on pizza is one of the most important dialogues of the modern age (they dofn ‘t), they contain an enzyme called bromelain which breaks down proteins which is why your tongue hurts when you eat it, pineapple is metal! Pineapples kick ass! Except:

Pineapple should be renamed because on top of not being an apple nor anything to do with pine, it is, at its core, a goddamn liar. Liarfruit. It should be called Liarfruit. Are you telling me that it doesn ‘t grow from the leaves on the top? It grows from the fuckin ‘ bottom? And it does this from a plant that looks like it has no business being associated with it?! What ‘s the point of the leaves on the top then?? What are the leaves for?! Why do you look like you were just superglued to a random succulent, Liarfruit??!

A lot separates us, but what we can all agree on is artichokes rule. Artichoke hearts, artichoke dip, I don ‘t care what form they ‘re in, I ‘m game. You ‘d think that a sturdy vegetable like artichokes would be reliable, predictable. They look like succulents, they should grow like succulents, right? WRONG!

What reason does a hardy food like an artichoke have to grow at the tippy top of such a thin plant? NONE. Excuse me, sir, are you a dainty goddamn dandelion? No? You ‘re an artichoke? Then what the fuck.

Listen, I also thought I was done being mad about artichokes. Until I discovered this!

Artichokes are a flower?! And not just any flower, but a thistle?! So what does this mean, then? Eeyore, the melancholy donkey who lives in a shack doesn ‘t eat thistles because they ‘re spiky and evil and that would be on brand for him, but because he has a refined palate and enjoys French greens?!? Get out of here. Get the HELL out.

I had always loved papaya because it ‘s not only delicious but also a bit of a mystery. Are you a melon? Are you a gourd? “Who cares! ‘ I used to think, in my naivety. Who cares? I care, because this is HEINOUS.

Neither are they a melon nor a gourd, they are clearly very confused. Papayas are BIG! They ‘re the same size and density as a butternut squash! Why, why would such a thing grow in CLUSTERS? From the top of a very TALL, very thin TREE?! This is a HAZARD. They don ‘t even look happy there! This is wrong, they KNOW it ‘s wrong, and it should not be allowed to continue.

If we ‘re being honest with ourselves, asparagus is… fine. It ‘s okay. There are so many different ways to cook asparagus and, unlike potatoes, that ‘s because none of them are really that great. It ‘s just not a remarkable food! So, I don ‘t really know what I expected from asparagus, but it wasn ‘t this.

I ‘m so disappointed. I honestly didn ‘t think I could be more disappointed in asparagus, and then I found out it grows like this. It grows the way you stick your asparagus into mashed potatoes as a kid to make them look cool and avoid eating them at the same time. I ‘m just not getting any kind of flair or enthusiasm from you, asparagus, and maybe that ‘s why you ‘re not very good. Something to think about.

Dragon fruit is beautiful. Stunning. A work of art. It ‘s soft and pliable, pink and green on the outside, and then like the La Croix of kiwis on the inside. Also, it ‘s called motherforking dragon fruit. Too bad just like actual dragons, this fruit would be cool if it wasn ‘t a FAKE DORK.

No. Nope. Absolutely not. I REFUSE to believe that DRAGON FRUIT-SLASH-PITAYA, one of the most ELITE fruits, grow at the end of these gangly, floppy succulent tree arms, like a tumor, like somebody tried to decorate a sad cactus on a budget, like their goal was to turn the “whomp-whomp ‘ sound effect into a plant. NUH UH.

If there ‘s any vegetable that I, you, and probably the rest of the country feels like we should be able to depend on, it ‘s broccoli. It had always been a vegetable of truth and dignity. It was a vegetable that said, “This is me, exactly as I am. No rind, no weird plant hairs (looking at you, corn), just equal parts hardy stalk and fun little branch things. ‘ But we have been duped.

To hell with all of this. Like Brussels sprouts, broccoli is a relative of the cabbage, and if there ‘s one thing we ‘ve learned about cabbages today it ‘s that they cannot be trusted. Not only is the broccoli “crown ‘ (what a self righteous asshole) without a doubt the least impressive part of this whole operation, the plants grow to around two-and-a-half-feet-tall. Which is the size of the average toddler. Why would you deceive us like this, broccoli?! You wear a crown of LIES.

I don ‘t know a lot about nuts. I know that coconuts are actually berries (fuck that), peanuts grow underground, and that the rest of the nuts, for the most part, are “tree nuts ‘. Now, I don ‘t make the rules. But I do believe there should be some order to this. Walnuts, hazelnuts, Brazil nuts, pistachios, what all these tree nuts have in common is that they come from inside a pod that grows on a tree, as is right and just. Then there ‘s THIS guy.

What the fuck. What the FUCK. Cashews, those sick bastards, grow from the very bottom of this… this bell pepper imposter, on the OUTSIDE, and then call themselves tree nuts? The audacity. The GALL. Do they think they ‘re tree nuts because they look like some comical, tiny dick-and-balls?! Are they tree “NUTS ‘?! Is this all just one big JOKE TO YOU?!

Plums grow on trees. We know this. Since the Davidson plum does, in fact, grow on a tree, you ‘d think that it ‘d be impossible to be mad about this fruit. And yet!

I ‘m so ‘ I ‘m so tired. In a fair world, in a world where good prevails over evil, we would have global peace and Davidson plums would grow from the branches of trees. But we don ‘t live in a fair and good world. We live in hell, and in hell Davidson plums are allowed to sprout out of the goddamn trunk. God is gone.

Click here to donate to the National Farmers Union 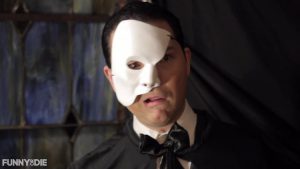 The greatest love story about a phantom baseball organist ever told. 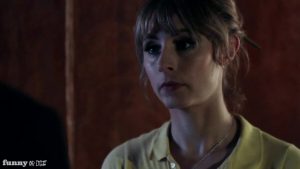 Two spies who were former lovers are reunited one rainy night after years apart. 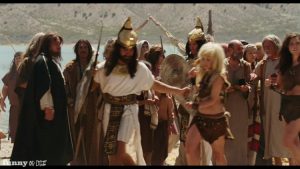 When a couple of lazy hunter-gatherers (Jack Black and Michael Cera) are banished from their primitive village, they set off on an epic journey through the ancient world in Columbia Pictures’ comedy Year One.

Trae Crowder (The Liberal Redneck) recruits his fellow redneck comedians Corey Ryan Forrester and Drew Morgan to perform at “The Gathering”, a gay naturist retreat, only to discover that none of them know what a naturist actually is.

This isn’t the kind of “first” one should brag about.