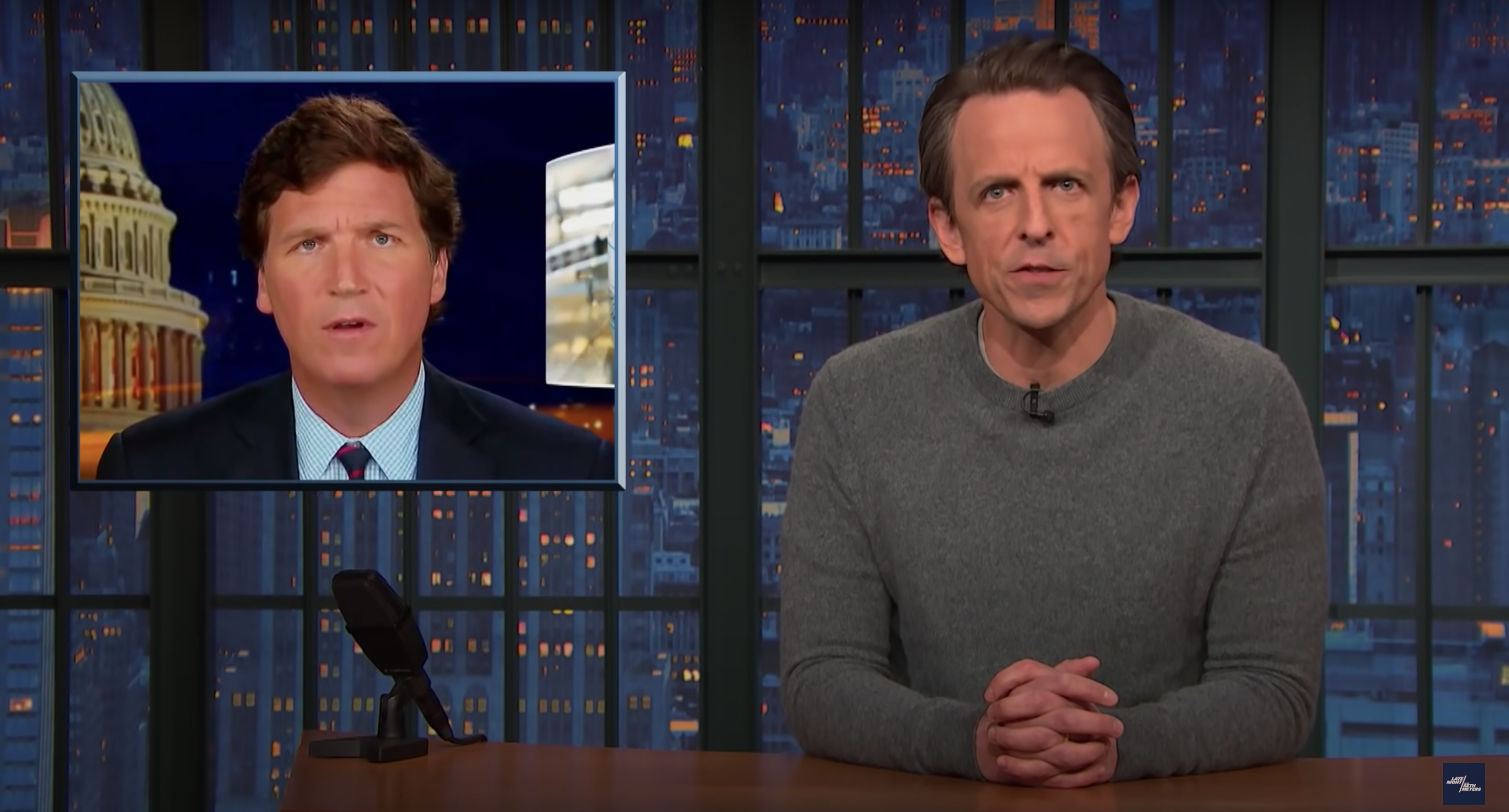 There is a saying that goes, “Everyday the internet has a new main character and the goal is not to be it. ‘ You know, people who do something so profoundly dumb and bad that the entire internet comes together to light them the fuck up. Like Bean Dad, who proudly tweeted that he refused to feed his hungry 9-year-old daughter for six hours because she couldn ‘t figure out how to use a can opener and he didn ‘t want to help her, or Dean Browning, the Pennsylvania Republican who had been masquerading as a pretend gay Black Trump supporter on Twitter.

The internet ‘s main character for almost this entire week is Tucker Carlson, which, I gotta say, couldn ‘t have happened to a more deserving guy. Tucker has had his doughy ass virtually handed to him by Jon Stewart, John Oliver, and now Seth Meyers.

After showing a clip of “human catamaran ‘ Tucker Carlson asking some really hard-hitting questions about the coronavirus vaccine that definitely haven ‘t already been answered by medical experts over and over and over, like “How effective is it? ‘ And, “How necessary is it to take it? ‘ At which point Seth Meyers takes it away and delivers a Tucker Carlson impression that is so good it ‘s almost TOO good as he takes us down a nonsensical rabbit hole of covid vaccine questions that is so absurd, chances are Tucker saw it and said to himself, “Wait, he ‘s making some good points here. What if the vaccine DOES turn you into a half-porcupine half-human? ‘ 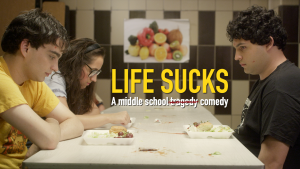 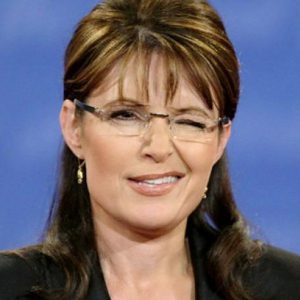 The bible excerpt that inspired Sarah Palin to use the phrase “Waterboarding is how we’d baptize terrorists.” 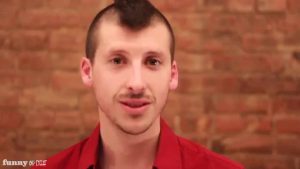 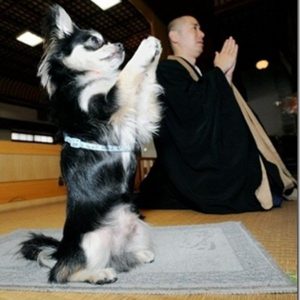 Wildlife experts Ryan & Bryan find the time for a visitor to chime in.

Sometimes the thing you ‘re searching for your whole life is a space pirate with a really cool helmet.