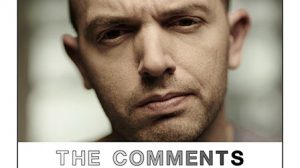 Your favorite comedians share their oldest, worst comedy. Paul Scheer brings in a sketch he thought would get him a gig on SNL called “The Closet” that features genies, confusing riddles, and a city that doesn’t exist. Also featuring Kristen Schaal and Andy Daly.

Your favorite comedians share their oldest, worst comedy. Andy Daly brings in “Mr. Spectacular,” a sketch he sealed in an envelope 20 years ago and hasn’t looked at since college about jugglers who become presidents. Also featuring Paul Scheer and Kristen Schaal.