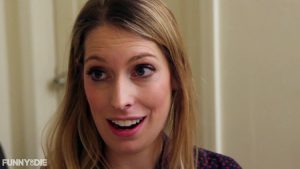 Sarah and Claire are on the hunt for new estate and they seek the help of someone who can help them find a D….eal they can trust. Written and Produced by Side Dish Comedy (Claire Harris and Sarah Spear) Featuring Morgan Hill as the Real Estate Broker Sarah and Claire as themselves, of course Shot and edited by Jorja Hudson Sound: Caleb Joslin 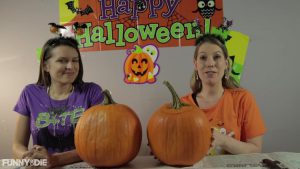 Sarah joins her sister, Claire, on her show, “Let’s Get Crafty,” but her competitive attitude gets in the way. Created, written and starring: Claire Harris and Sarah Spear Director, film and sound: Phebe Szatmari Edited by: Joel Russo Songs used: Tonight, Tonight by the Smashing Pumpkins*, we also used the song, A Worm’s Halloween Midi ***We also want you to know that no pumpkins were harmed in the making of this show**** *Hey, we obviously don’t own this song because neither of us are Billy Corgan or another member of the Smashing Pumpkins but we’re crediting the song because that’s the right thing to do