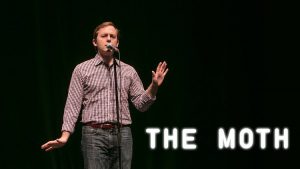 A speechwriter has a defining moment at the White House. David Litt wrote speeches for President Obama from 2011 to 2016. For four years, David was the lead writer for the President ‘s comedy monologue at the White House Correspondents’ Dinner. He currently serves as the head writer/producer for the DC office of Funny or Die. His memoir is called Thanks, Obama: My Hopey Changey White House Years. Follow him on Twitter at @davidlitt.