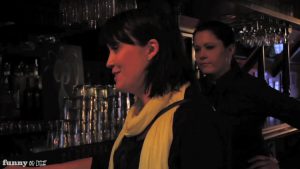 http://www.AdventuresofJAB.com http://www.facebook.com/AdventuresofJAB In this the first episode. Adventure Comedy Series. Two demoted SAS assassins are collecting unpaid utility bills for failing the final psychological test by refusing to kill their baby Chicken Lil’. This hilarious comedy turns into a chicken chase as the girls try to save their chick from their ex comrades.