Well, the 2014 Midterm Election results are in and the Republicans have taken control of the Senate, giving them bicameral control of Congress. Mitch McConnell has a look in his eyes like a greedy turtle who is about to steal a nice big piece of leafy lettuce. If you’re worried about what’s going to happen to our country, please consult the following FAQ:

I didn’t vote, so I don’t have to follow any of the laws the new congress passes, right?
The laws of congress apply to everyone, no matter how apathetic and undeserving of democracy.

Will the Republicans make it illegal for me to live in my abandoned water tower and chuck hunks of brick at any teens that come close?
Pretty sure that’s always been illegal.

Do you think congress will now earmark several billion dollars to reanimate the corpse of Ronald Reagan?
Yes.

With the Republicans controlling both the house and the senate, will anything get done?
No. It’s going to be a very annoying two years. Here’s an interesting idea: Since the government is going to get nothing done in the next two years anyway we may as well overthrow it and try again. RT if you think this revolution should be non-violent; Fav if it should be hyper-violent.

What kind of changes will Republicans make to Obamacare?
They will change its mandate from giving healthcare to all U.S. citizens to giving poison to all immigrants.

What’s going to happen to women’s rights?
New regulations will require all abortion clinics to be surrounded by alligator pits.

Do you think slavery will be made legal again?
Probably not, but based on some of the platforms some of these coconuts got elected on, who knows?

Should I loudly threaten to move to Canada?
Yes, because it will warn people that you are stupid and annoying and unoriginal, and that they should avoid talking to you.

How should the Democrats deal with the new Republican controlled legislature?
This could be a great opportunity for them to target a cause that all Americans agree on, like getting lobbyist money out of Washington. This way over the next two years they can methodically build a strong base of support and plan of action for the 2016 elections.

How are Democrats actually going to deal with the new Republican controlled legislature?
Probably a bunch of whining, infighting, backing down to Republican bullying, and generally being ineffectual little bitches. Prove us wrong, Dems! Please God prove us wrong. 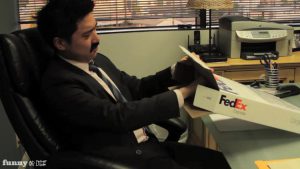 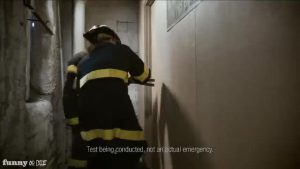 Watch as we put the speed of Verizon’s 4G LTE Network to the test!

10:07pm: Alexa, how many rebounds did Karl Malone average per game and also how do you get rid of a body? 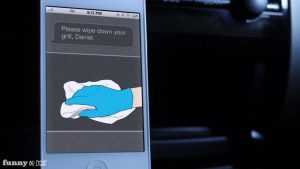 Sen. Ted Cruz (R-Texas) went head to head with former acting attorney general Sally Yates over the issues of the muslim travel ban. Here is the subtext of that conversation.

Helpful hints on how to keep your bitches in line.