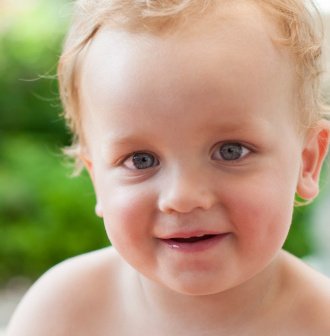 Meet Mason Phillips. At first glance he might seem like any other Manhattan two-year-old. He likes playing peek-a-boo, eating Cheerios with his hands, and pooping when and where he wants. But Mason just accomplished something unbelievable: He was accepted into all eight Ivy preschools. That ‘s right, all of them. We ‘re talkin ‘ Bumbletot Prep, Scribble Academy, Lil ‘ Harvard, Pail, Douchely, Haverbloom, Little Piggy Pre-K, and Thornbushenberryford.

Getting accepted to just one of these elite preschools is a huge accomplishment, let alone all eight. Gretchen Michaels, the preschool application counselor hired by Mason ‘s parents, confirmed that the feat is incredibly rare, explaining that ‘It ‘s uncommon for toddlers to even apply to all the Ivies, let alone get in, as each one seeks different qualities from its incoming class.”

As for Mason ‘s parents, they ‘re over the moon. ‘It ‘s really great to see all his hard work pay off,” said Mr. Beckwith. ‘When his friends were out having fun at birthday parties and play dates, Mason would be at home reviewing the lesser known verses to ‘Wheels on the Bus ‘ with his mother and me.”

‘Not that he had a choice in the matter,” Mrs. Beckwith added with a laugh.

When asked about what motivates him, Mason explained, ‘Umm Mommy and Daddy make me ‘ they make me ‘ ummm take shape and color tests? And and and no dinner or bed till after alphabet tutoring.” He continued with impressive humility, ‘Daddy I go sleep now? Pweez, my bwain hurts.”

The preschool admissions officers we contacted were equally impressed. ‘Mason is a very special two-year-old,” gushed Mark Trumbull, director of enrollment at Bumbletot Prep. ‘His proficiency at the itsy-bitsy spider finger motion is in the 99th percentile and he ‘s already playing peek-a-boo at a college level. You don ‘t encounter raw talent like that very often. He ‘s clearly going to accomplish great things.”

Mason has ‘so much going for him,” explained preschool admissions expert Lonna Rigby, founder of Achieve Or Else!, a Boston-based preschool admissions consultancy. Above all, she touted his remarkable sharing skills. ‘This is the first thing the big dogs look at,” Rigby explained, ‘No one gives a flying f*ck about object permanence or naming the colors or toilet training or whatever bullsh*t community service you ‘ve done if you can ‘t share. Trust me, if you ‘re bad at sharing don ‘t even waste their f*cking time.”

Parents of Mason ‘s peers aren ‘t surprised at his success, pointing to his magnetic personality. ‘Mason always shares his big red ball and he never ever hits,” gushed Grace Hewitt, a friend of the family, adding, ‘My little Ryan is a stupid pile of garbage compared to him. It ‘s f*cking pathetic.” And after watching Mason complete a sophisticated crayon scribble in a matter of seconds, I ‘d say we all are.

Although Mason has yet to decide what preschool to attend, one thing he ‘s sure of is that he wants to study finger painting and trucks. It goes without saying that any of the Ivies would be lucky to have him, and also his parents ‘ money. 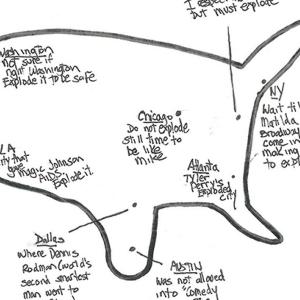 Finally some insight into the North Korean dictator’s plan. 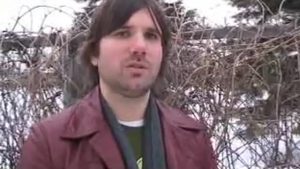 A song for Britney Spears. By comedian Jon Lajoie. http://www.jonlajoie.com

Are you seeing 50 Shades? Did you see what Kanye did to Beck at the Grammys? Bryan and Erin did, and they have some soft opinions on both of them. Plus, an ex-gay blogger named Matt Moore defended the conservative church’s views on gays by saying “we’re not as bad as ISIS.” And hedge fund founder Jonathan Hoenig went on Fox News to say that government intrusion with vaccines would lead to forced abortion. Fun? Fun. Listen to the full episode here: https://itunes.apple.com/us/podcast/throwing-shade/id479583266?mt=2

‘Zack Morris Is Trash’ season 2 starts on April 6th! The worst is yet to come. 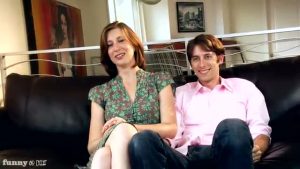 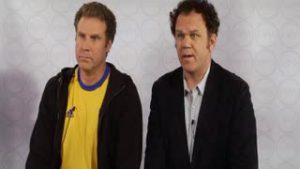 If they’re going to host the ESPYs, Will & John need Lance Armstrong to take them on a three-man bicycle tour throughout France.