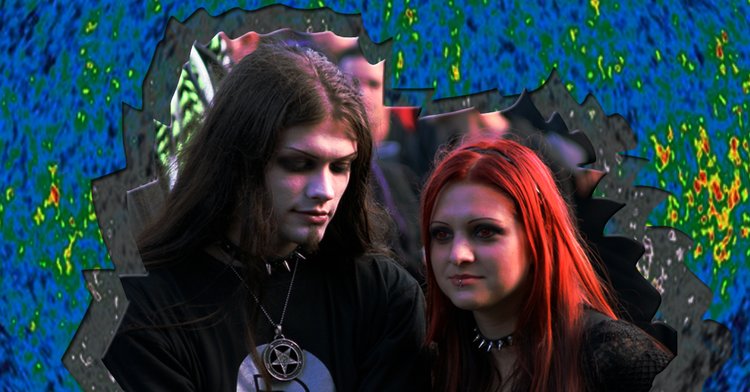 This week, NASA scientists announced that they have discovered a ‘Supervoid” ‘a 1.8 billion-light year expanse of super-cooled nothingness the size of 10,000 galaxies that drains energy from light traveling through it. This massive void represents “the largest individual structure ever discovered by humanity.”

So what does this mean for Goths?

The Supervoid is an unfathomably cold, utterly empty expanse of nothing with virtually no end; it is, by an exponentially wide margin, it is the most ‘nothing” that has ever been observed and therefore the nothingness by which all other nothingness ‘spiritual, existential or otherwise ‘must be measured. Naturally, this has likely already sent shockwaves through the Goth community.

When the baseline by which to compare one ‘s nihilism has shifted so dramatically, can one honestly even think of as his or herself as Goth anymore? When the depths of a Goth ‘s disenchantment and alienation with humanity now only plumb a mere disgruntled mud puddle when viewed alongside this seemingly infinite ocean of emptiness, how does the Goth person reconcile it? In the grand scheme of things, these pale,macabre specters slipping in between the shadows of mainstream society, reminding humanity of its own grim mortality, now seem rather more akin to colorful, carefree clowns, cavorting through life without a care in the world.

Even those in the Norwegian Black Metal subculture are now forced to reckon with an endless darkness that makes their own concept of blackness look like a sunny Summer day out on the fjords.

Suicide is the only answer for these folks, right? Wrong. How does such an insignificant gesture such as taking one ‘s own life even compare to this incomprehensible new Supervoid? A Goth killing him or herself would only be an act of hilarious self-parody, now that this new gold standard* of meaninglessness has been discovered.

It seems that the only course of action for many Goths will be to buy a pair of Dockers, a polo shirt and the new Sia album, and just call it a day.

But others will continue to delude themselves into thinking that their misanthropy actually has any meaning anymore. Well I ‘m sorry, but copping out by saying you ‘don ‘t care about anything, even the Supervoid” just doesn ‘t cut it. If you ‘re being totally honest with yourself, you know that you ‘re always going to be aware somewhere in the back of your mind that the Supervoid is out there, mocking your now-pathetic ‘ennui,” if it can even be called that.

And how should our most famous Goths respond? Already, Marilyn Manson songs seem like Weird Al spoofs and Nick Cave doesn ‘t creep me out at all anymore. Regardless, shouldn ‘t these Goth leaders announce a new way forward for the wayward flocks of the formerly dark and disturbed?

Conversely, perhaps some brave Goth researchers will someday find the deepest despair of all in the total insignificance of their own despair, and maybe we will then see the rise of the Mega-Goth.

But some sort of misery supercollider seems a very long way off, and until then concessions must be made to our new understanding of The Void.

*My editor Nate Dern suggested the pun ‘obsidian standard” here. I declined to use it because I thought it would be too confusing, in that the reader would have to know the term being played off of was ‘gold standard,” which I do not think would have been immediately clear, context clues notwithstanding. 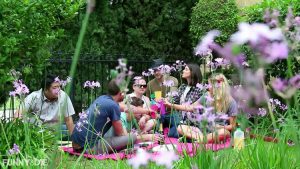 Fun Rack hangs out on a Sunday afternoon. 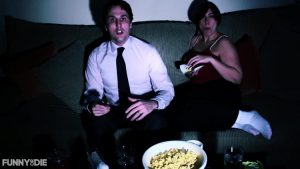 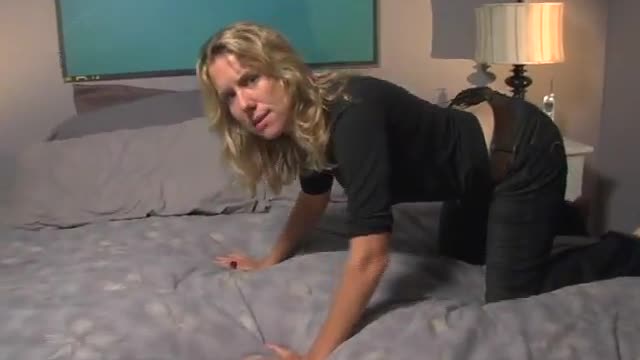 Lauren Butterfield (Lauren Weedman) shows you the many different ways you and your partner can have sex. 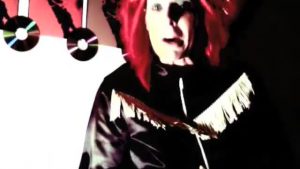 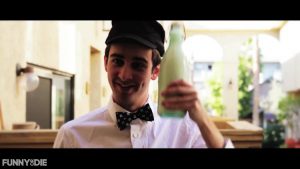 The milkman pays a visit and all hell breaks loose