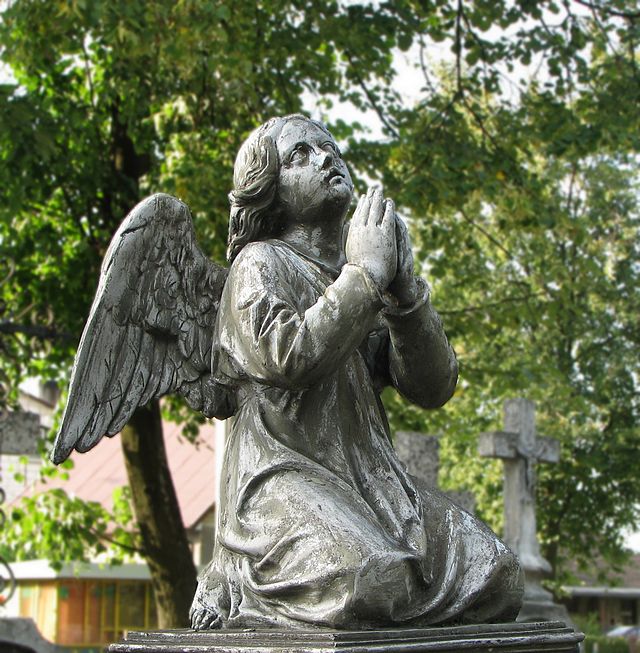 This Thursday, Pope Francis released a shocking encyclical (an official papal letter). In the 42,000-word document, the Pope urges the world to take action against climate change. Scientists were so happy about this previously unthinkable alliance with religion that they felt they had to do something in return.

We talked it over and realized that none of us had ever done an empirical study proving that they weren ‘t real. In the past we never would have thought to consider whether or not a clearly made-up phenomenon was real. But then we realized we never, ever, ever,ever, ever thought that the Catholic Church would be the first institution from the right to get on board with climate change. ANYTHING IS POSSIBLE.

Just as you consulted scientific texts, we consulted religious texts.

Each of the four living creatures had six wings and was covered in eyes all around, even under his wings. Day and night they never stop saying: ‘Holy, holy, holy is the Lord God almighty who was, and is,and is to come. ‘

We wracked our brains trying to figure out how to test that (put googly eyes on three bees glued together?) when one of the theoretical astronomers said, ‘You know what? My grandmother raised five of her own kids, six of her grandchildren,and still found time to visit people in the hospital every Sunday. If that ‘s not an angel, then I don ‘t know what is.” And when we tested that hypothesis using the scientific method, it held up. So yeah, Catholic Church, count scientists in on angels, BIG TIME.

In your encyclical, you didn ‘t just say that you believed in global warming, but outlined several environmental issues that you agree on science with as well. So, in addition to angels, whom scientists are 100% on board with, we ‘re gonna go ahead and say that yes, wine is definitely Jesus ‘ blood. You know who doesn ‘t believe in global warming? A lot of Southern Protestant Christians. And Martin Luther left the Catholic Church and started Protestantism because he didn ‘t believe wine was literally Jesus ‘ blood. So now by the Transitive Property of the Alperin-Brauer-Bernstein theorem, science agrees that wine is in fact Jesus ‘ blood. It ‘s just math.

The next nicest thing we figured we could do is scientifically prove why abortions are bad, so we went down to ‘ wait. Wait a minute. This doesn ‘t feel right. Something is wrong here ‘ If the Catholic Church believes in global warming, and science and the church are diametrically opposed to each other, then, wait a minute ‘ it follows that global warming is actually a scam! Guys,we ‘ve been looking at this all wrong. Global warming is a made-up silly make-believe story.

Well, we ‘ve wasted years of our lives and thrown away our careers trying to solve this ‘problem.” I guess we ‘ll all go rebuild antique cars or spend time with our spouses or something.

Thanks for everything,Francis. Good luck with that ‘climate change” business. 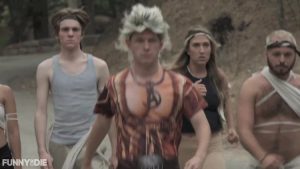 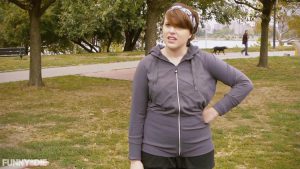 A short film from comedy duo Charles. A consultant’s advice on how Jaguar might better appeal to their customers falls on deaf ears. Winner of the Audience Choice Award at the 2014 Seattle Comedy Film Challenge. Written & Produced by Charles (Chuck Armstrong & Charlie Stockman). 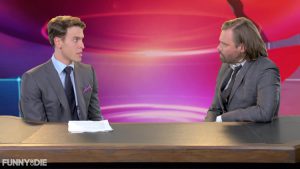 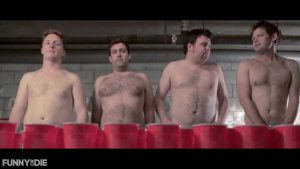