Zack and Tori are Bayside ‘s hottest couple. Based on awkward photos, certainly commissioned and distributed by Zack. ‘

The mini golf team had budget cuts. The football team had cuts, too. Zack refuses to cut his bullshit. (we don ‘t have uniforms … check out your next game) ‘

Tori transferred to Shop, a class she loves, from Home Ec, a class she hates. Zack thought she loved Home Ec: both because she is a woman and he never listens. ‘

Belding somberly reports a wealthy alumnus, Frederick Field, passed away and left $10,000 to the students in his will. Zack instantly has a plan to dishonor his memory (” I say we rent out the forum … ) A plan he retracts after remembering Tori exists and has ears. ‘

The will stipulates the donation must benefit Bayside. Zack proposes improvements to the sports programs, like a dome for the baseball field that costs $990,000 more than they have. ‘

Tori thinks non-idiotic improvements to the sports teams sound great! Zack says not so fast. (Are you saying? Girl sports count, just not enough to get money.) Stoking a gender war on Fred Field ‘s dime before his cold corpse is in the ground. ‘

Belding funnels the riotous energy Zack unleashed into a best 2 out of 3 Battle Of The Sexes, with fashion inspo from the local palisades chapters of the Crips and Bloods. The winning team gets 10 large! Presented at a dance Friday. ‘

First up: Solving a rebus puzzle. Zack has an unfair advantage as reading pictures like whole words is the sweet spot of his mental potential. ‘

Zack ‘s gloats over his sub-literacy. Challenge two: Re-assembling a car part. Zack puts all the pressure on Slater and has no faith in the ladies. (Can ‘t even pump their own gas) Zack can ‘t fathom that his mechanic girlfriend knows enough about cars to win. ‘

Round three, a bake-off, determines the victor. Zack has a cunning strategy to win. Cheat his balls into next Thursday. ‘

Zack replaced their oven with a trick knob to burn their cake, with zero consideration towards the possibility of burning the school down. ‘

They win. Zack loudly celebrates his fraud. Leaving Lisa with an inexplicable culinary failure that will haunt her self-esteem for life. ‘

Because Zack is so bad at crime, he gave Screech the only evidence that could convict him and failed to mention he should NOT take it directly to the girls and blab about their plot. ‘

Zack ‘s been working tirelessly to guarantee the girls don ‘t see a penny. And Screech, sponge of sadness, only got five dollars for his team despite doing all the dirty work. Meanwhile, every guy at Bayside is getting the cold shoulder from every girl. Including Zack, about time. ‘

Lisa and Tori know Zack cheated. Despite being caught red-handed, Zack lies to Tori ‘s face at the infancy of their relationship over Mr. Field ‘s dead body. Until Zack confesses, no guy is going to the dance with any girl. ‘

Zack ties to tell a horde of teenage dudes that slightly newer football jerseys are more important than ever having sex. Then guilts Lisa and Tori for ruining one of their last high school dances by holding him accountable to his fiery deception. ‘

But all it takes is Tori touching Zack ‘s tie to completely eradicate his convictions. He tries to quietly admit to his sham, but is begrudgingly forced to do it a volume people can hear. ‘

Zack can ‘t believe he ‘s saying this, but his hard-on won ‘t allow him to cheat those women out of a dead guy ‘s charity. Guess the death of a loved one really makes you grow up fast. ‘

Tori, who has integrity, says the girls won ‘t accept the money until there ‘s a tiebreaker. ‘

So they limbo for it. Freddy Field would ‘ve loved this shit probably who cares. ‘

Tori wins! Because unlike Zack, she has a backbone. And she ‘s sharing the cash with the guys. Something Zack never would ‘ve done. ‘

Zack Morris took a stranger ‘s charitable dying wish, and turned it into a gender war set on depriving his less-fortunate peers. A war he ‘d rather die in a fire than win fairly. When his shoddy con was discovered, he let everyone suffer to prove a point he stopped believing after one second of horniness. Because Zack Morris never gave one damn about Fred Field, or anyone else at Bayside, he only cared about himself. Zack Morris is trash. ‘

This time…we found a little trampoline. 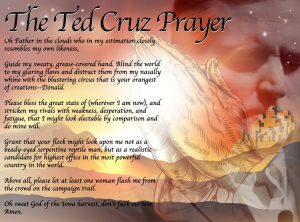 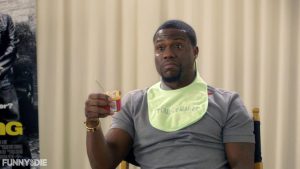 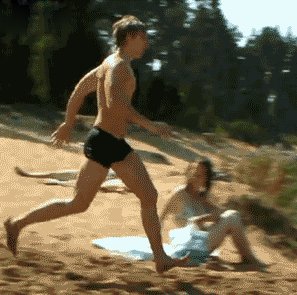 These GIFs all feature someone or something jumping into a lake, with varying degrees of success. 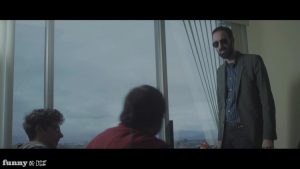