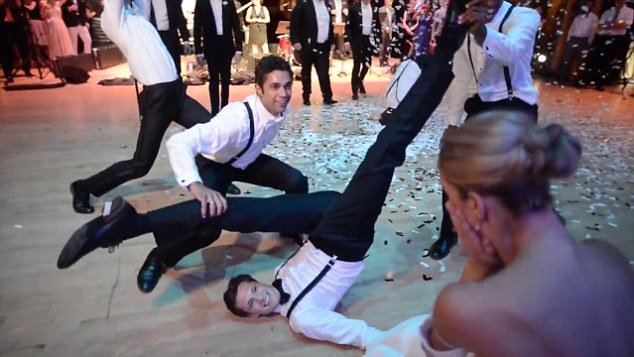 All across America a phenomenon is extending its legs, putting its hands on its hips, and sweeping gracefully across the dance floor. That phenomenon, of course, is straight groomsmen pretending to be gay by creating elaborate dance routines to escape marriage. Weird? You betcha. Reason? Somewhat understandable. Most men are bad with breakups. However, these men are really bad with breakups.

In the past, these men have tried breaking up with their girlfriends, which led to tears, which led to moving in together. After some time, they tried breaking up again, which led to more tears, and an awkward marriage proposal in a fast food establishment. A few more tries and a few more cries ‘ BAM! They ‘re married. And now, here they are on their wedding day with one final, unspoken, attempt to break up with their girlfriend* The way to do this? Create an elaborate dance routine in an attempt to trick their wife into thinking the man they just married is actually gay.

Even their best buddies have jumped in to help because they understand and sympathize with the crippling fear and inability to successfully complete a simple breakup.

However,these elaborate dance moves have backfired in a big way. What originally was an effort to turn their brides off, has only turned them on. Brides LOVE it. And why shouldn ‘t they? What ‘s better to a new bride than seeing her adorable husband stepping out of his comfort zone and publicly embarrassing himself?

What ‘s worse, the internet loves it. These men never intended for their videos to go viral.This public attention now only makes it harder for them to break off their marriages. Because let ‘s be honest, no one wants to be that guy who created an elaborate dance routine to trick his wife into thinking he was gay to get out of marrying her, to then have that plan backfire, and to then inevitably get a divorce all the while trying to explain and defend why he thought his whole elaborate dance routine was a good idea in the first place.

That ‘s just too much work.

So long story short, these guys are screwed ‘ again. And, what ‘s worse, they know it. I mean c ‘mon, look at the fear behind those eyes. These guys are exemplifying the message on my T-Shirt from Canal St. ‘Game Over” 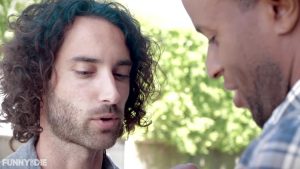 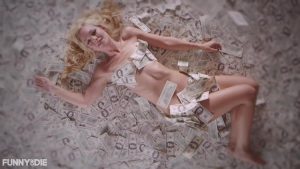 Episode 2 of the web series parody of A Christmas Story. Grown up Ralphie looks to his friends, Flick and Schwartz, for help in approaching the girl of his dreams. Check out the third and final episode of Ralphie coming soon on Funny or Die. #Ralphie 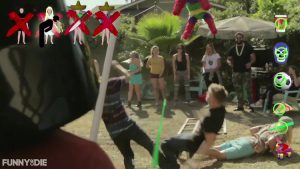 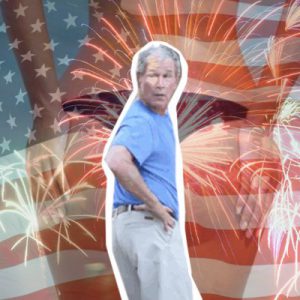 Since 1776, America has been the land of the free and the home of the … butt?

This 80 ‘s language video explains ‘that, in Spain, the word ‘t ‘a ‘ means different things. Join ‘Superholly ‘for a life-changing lesson!