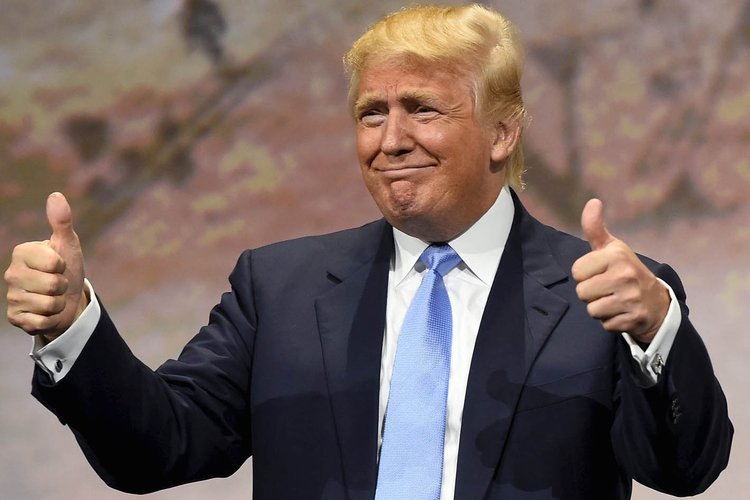 Listen, there was a lot of hub-bub over the weekend because it came out that Shabab, a jihadi terror group in Somalia with strong ties to Al Qaeda, was using that clip of me calling for a ‘total shutdown” of all Muslims entering the United States in their latest recruitment video.

Now, you ‘re gonna hear the crybaby liberal media say that my ‘islamaerobic” statements are creating an upsurge in anti-American sentiment, but I can ‘t help it if my popularity numbers are absolutely out-of-this-world nuts and that even the people Hell-bent on bringing swift and merciless death to the West want a little piece of that action.

First, let me say that in no way do I condone the actions of Shabeanbag. I think terrorism is for lowlifes and cowards. In my world, if you have a problem with someone, you sit them down on the other side of a big conference table and scream them until it looks like you ‘re about to vomit your own lungs.

But on the other hand, it makes total sense that Shabeaniebaby is trying to to hitch their wagon to The Donald because whenever my mug shows up on the screen, the ratings go absolutely coo-coo for cocoa puffs.

Forget my presidential polls numbers for a second and just look at NBC. They had me do 59 seasons of ‘The Apprentice,” because they know I ‘m money in the bank. Towards the end, I didn ‘t even need to show up to set. They just stuffed a black suit full of those mini Babybel cheeses, ran a hair dryer over it, propped it up in a chair, and everybody still ate it up.

And all of the channels with the debates, CNN, MSNBC, FOX, they all know I ‘m gold, too. These guys are drooling all over themselves, waiting for the next word out of my mouth. Once, I caught Rupert Murdoch hiding in my podium. He said he was down there to try and sack-tap me until I got mad enough to say something crazy. Honestly, it was pathetic.

And now Shashamwow clearly knows that I ‘m hot because they go and stick me in this video telling American Muslims to start jihading and I ‘m only in there for what, three seconds? Four seconds? But now I ‘m hearing that Shabobsburgers is absolutely mobbed with recruits. You think there was some kind of falafel sale going on at the Apple store the way people are flocking to this place. I mean, it ‘s total and complete madness.

Am I happy that my image and words are being used to radicalize young Muslims? No. But am I surprised that something I was involved with was a huge, huge success? 100% no.

I can ‘t help it! I ‘m like King Midol over here. Everything I touch turns into an absolute knockout homerun. Just look at my personal life. I ‘ve been married three times, to three absolutely incredible women, each one closer in age and resemblance to my own daughter than the last. It ‘s like some kind of curse! A very wonderful, very sexy curse.

But I can ‘t waste anymore time concerning myself with these schlongs trying to ride my coattails. I ‘ve got a presidential campaign to focus on. Today, for example, I ‘m filming this top-notch campaign ad where I spank a Syrian refugee baby over a burning Qu ‘ran, with a huge cartoon depicting a bare-assed Muhammed hanging in the background.

Will those images be used to fan the flames of hatred against this country and its citizens? Maybe. But that ‘s the price you pay for greatness. It ‘s textbook trickle-down: when the top succeed, there ‘s a little sugar leftover for the losers.

The all-new Brooklyn Nets are going back to an old-school game. And an old-school everything else. For more information go to: http://nyc4a.org/ 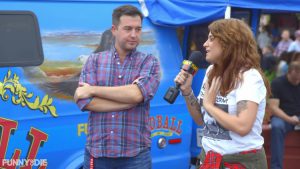 We gave Oddball Fest fans in Chicago a chance to show off their best material. This is not what we expected. 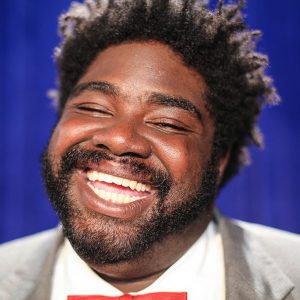 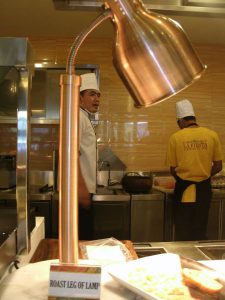 Buffet Has An Abundance Of Food And Goofs 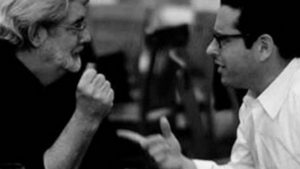 The Conversation in Which George Lucas Approved J.J. Abrams for the new Star Wars